Here’s an article I’ve written about the dreaded “50 Shades”, cross-published at Huffington Post under my – ahem – other name:

‘Fifty Shades’: A W**k Fantasy That Got a Bit Out of Hand

Natalie Collins, who leads the “Fifty Shades is Domestic Abuse” campaign, made various accusations against those involved in the film. When told of this on BBC Newsbeat, its star Jamie Dornan swayed a little, made a strange face, then answered thus:

“There’s consent there. Every single time, before there’s a red room scene or anything – I mean, the first time he shows her, he says ‘I will remind you that you can leave at any time and the helicopter is waiting to take you whenever you want to go…’ there’s safewords in place to stop it at whatever time it goes over a certain level so, um, I don’t really understand what she means to be honest.”

As many have, he missed the point entirely. Everything but the sex was uncomfortable. The kink, despite being disappointingly tame, was consensual throughout. In every intimate encounter, Mr Grey sought verbal agreement. From the binding of wrists to the sensual stroking and anticlimactic, foreplay-free, penis-in-vagina sex that always followed, the female protagonist vocalised permission.

What Anastasia Steele didn’t consent to, however, was every other kind of invasion: him selling her car and replacing it with a new one without even asking; stalking her via GPS from the moment they met, long before there was any romantic connection; bombarding her with expensive gifts that she repeatedly refused in order to flaunt his financial dominance; isolating her from friends and family under the guise of unwarranted jealousy and a legally dubious “non-disclosure agreement” that she didn’t read before signing; regulating her clothing, diet, alcohol intake and birth control methods; jizzing his neoliberal altruism all over her University graduation day to make it all about him instead and, in a similar vein, turning up uninvited whenever an occasion didn’t involve him as its central focus.

“I’m incapable of leaving you alone,” said Christian Grey. “What are you doing to me?”

It’s the fantasy aspect that made the book popular with women who have never read much good erotica. In masturbatory terms, we see a handsome billionaire and brooding pianist who showers a woman with expensive gifts and exciting sex (that doesn’t seem to involve her doing anything to him, but be a passive and responsive receptor of the sensations he provides). Grey is emotionally complicated, detached enough to be desirable, yet obsessed enough to keep her feeling fully desired.

“I want you unashamed of your nakedness,” he says flatteringly.

Yet outside of sexual fantasy, Mr Grey would simply be a privileged man-baby with mother issues and no sense of humour. The tired and long-debunked trope of the person whose kinks stem from childhood trauma is played out to its ultimate conclusion. The film then ends abruptly with Anastasia Steele getting dressed and sodding off in a lift – especially jarring for anyone who doesn’t realise it’s the first of a trilogy.

Of course, one’s sexual fantasies should not go unexamined. We all have dark inner-frissons that contradict our real-life socio-political selves, yet most of us are perfectly aware that such things would be deeply unpleasant or harmful outside of fantasy, fiction and consenting adult role-play. The book was never intended to be this big, or to have its story’s implications this thoroughly picked over. It’s a masturbatory aid for some, but little more.

Many people and organisations have highlighted the bondage, spanking and other such shenanigans as examples of the glamorisation of domestic abuse, but actually the kink scenes are the only tender, respectful, consensually-aware moments depicted. If you take the entire story as a sexual fantasy, it helps to pretend that Ana and Christian are an adventurous couple acting out a floral-print virgin vs corporate douchebag role-play scene throughout. 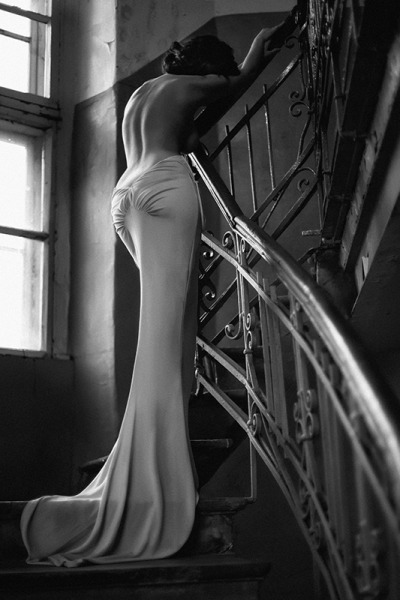